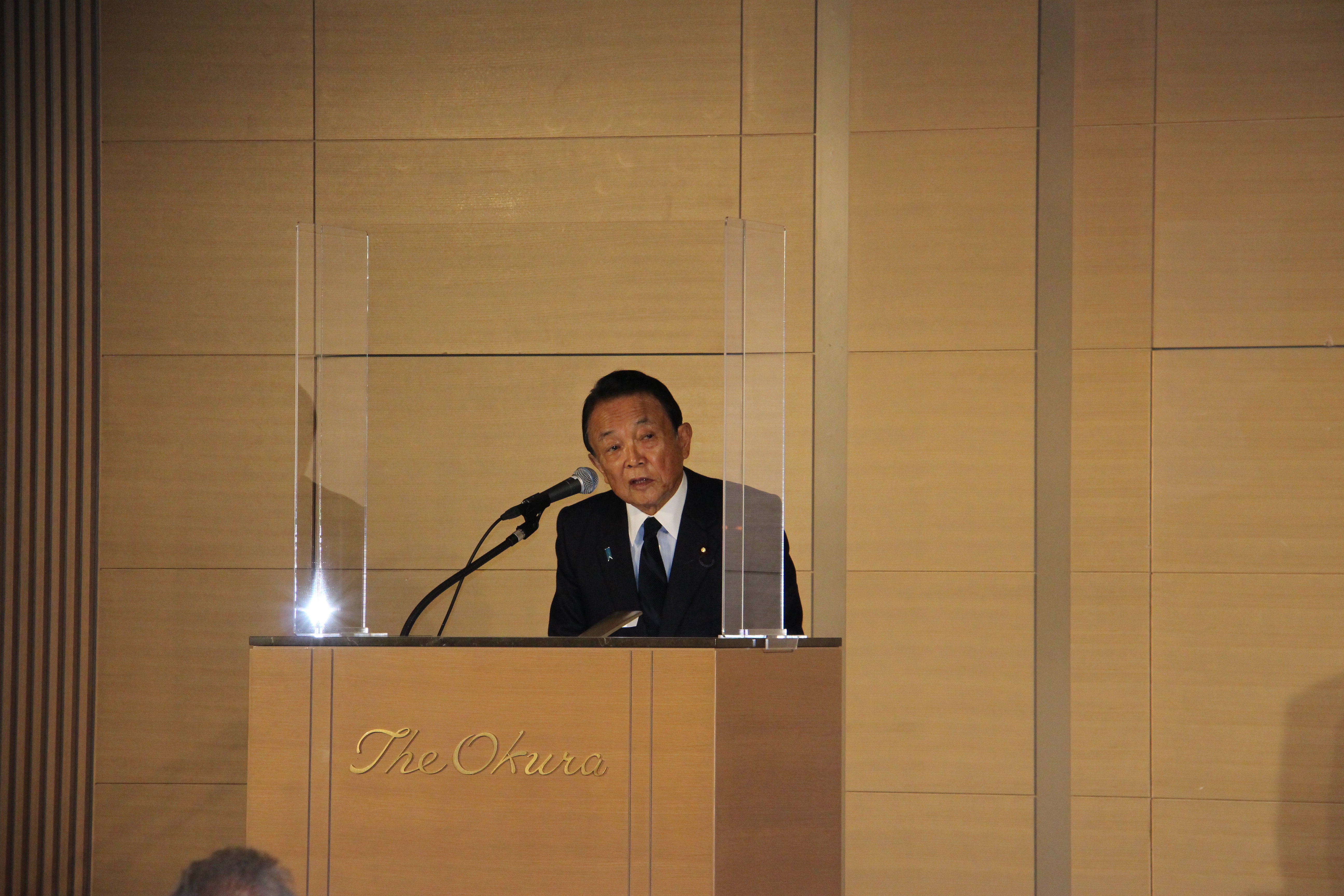 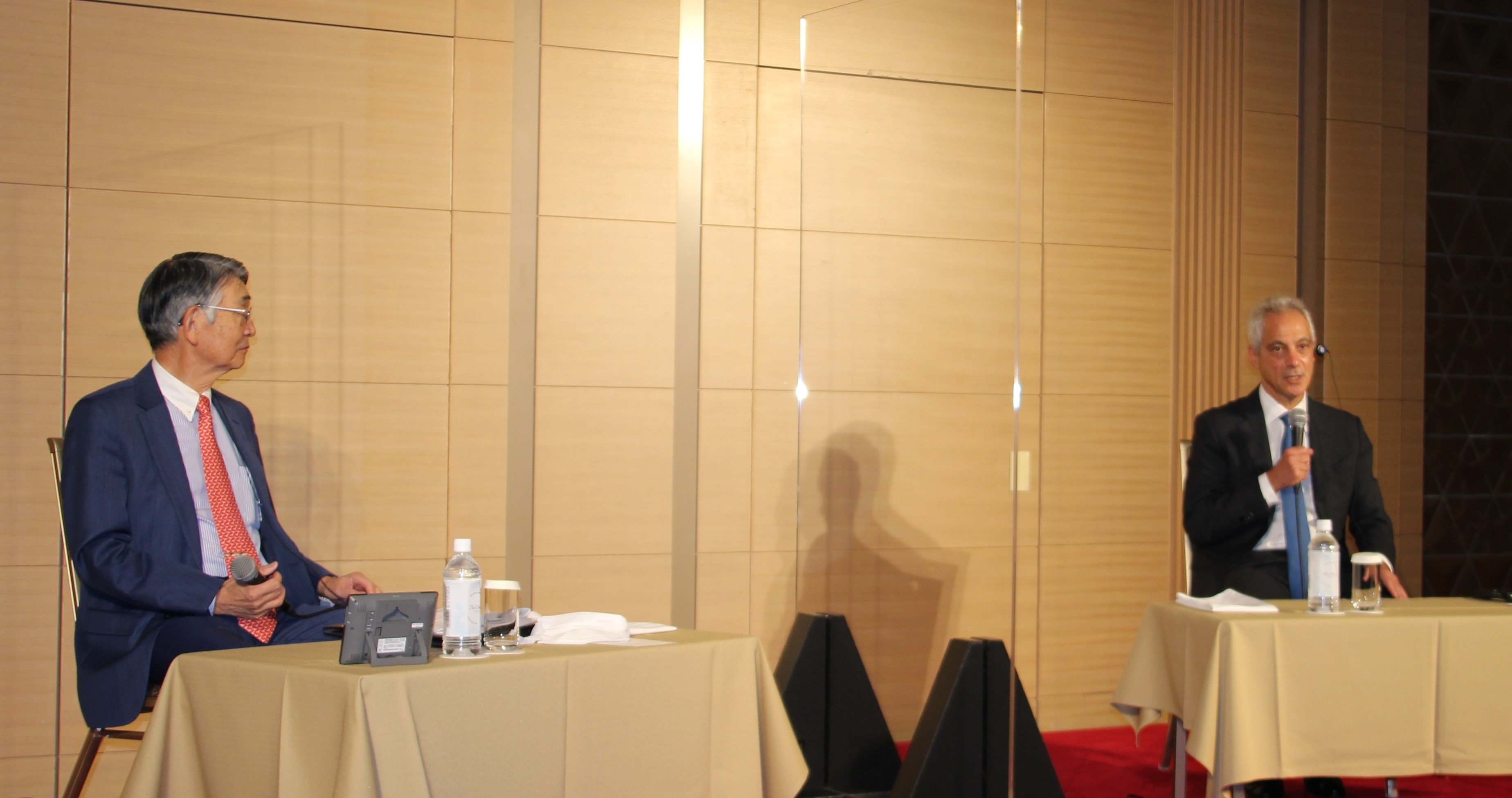 NPI Vice President Arai Hisamitsu in discussion with The Honorable Rahm Emanuel, Ambassador Extraordinary and Plenipotentiary of the United States of America.


In the keynote speech, NPI Chairman Aso Taro reviewed the history of relations between Japan, the U.S., and China and noted the importance of Japan's consideration of countermeasures against economic coercion by China, as well as the need for enhanced coordination and cooperation between Japan and the U.S.


In the dialogue with NPI Vice President Arai Hisamitsu, Ambassador Rahm Emanuel expressed the United States' strong intention to unite with friends and allies and to strengthen vigilance against countries that do not abide by universal rules. The discussion also covered a wide range of issues, including the importance of protection of intellectual property, expectations for Japan's nuclear and hydrogen technologies, the significance of water resources, and the importance of energy security through exchange of liquid natural gas (LNG) and other resources between friendly countries.

The September 5, 2022 session of the NPI series, "Ask What You Want to Know" on "Security in the Digital Age: The Future of Space, Cyber, and Advanced Technology"

The August 1, 2022 session of the NPI series, "Ask What You Want to Know" on "The 25th Anniversary of Hong Kong's Handover to China--The New John Lee Ka-chiu Administration and Hong Kong Society"