No. 166: Masayuki Tadokoro, "No Conceivable Alternative to Democracy"

Japan's postwar democracy has often been termed phony, a charge arising from the long-maintained single-party rule by the Liberal Democratic Party (LDP) without any transfer of power to another party. Proponents of this argument assert that the absence of "regime change" during this period is attributable to the public's inability to actually elect the government democratically, and underlying this claim is their assertion that Japan's true rulers are privileged bureaucrats who steer the nation out of sight of the Japanese public.

Regardless of how correct this argument might have been, neither of these conditions applies any longer to today's Japan. The LDP's one-party dominance ended in 1994, from which time there have been a series of coalition governments; the Democratic Party of Japan (DPJ) has replaced the LDP as the party in power since 2008. The prestige of Japan's bureaucrats has been diminished by numerous failures and scandals, and declarations on the "brilliance of bureaucrats" no longer hold any weight. Having won elections on a plank of "political leadership," DPJ administrations have sought to eliminate the influence of bureaucrats in policy proposal/management. This change has been heralded by some people as "the dawn of democracy in Japan," but the reputation of supposedly more democratic Japanese politics has fallen lower than ever.

Certainly some of the problems in Japanese democracy stem from reasons peculiar to Japan. For example, because the country achieved economic success under severe restrictions imposed on its roles in national security issues, Japan's democracy was reduced to apportioning out the fruits of economic growth. As Japanese citizens were not able over the years to gain experience in choosing their own destinies even while sharing the risks and burdens, it is difficult to deny that they became irresponsible with respect to the modality of the state.

Public disillusionment with democracy is not, however, limited to Japan. In both the United States and Europe, there is strong discontent over politicians not undertaking careful deliberation when making important decisions but instead focusing entirely on power struggles. Public sentiment in the West was buoyed by the "Arab Spring," but it is doubtful that the actual records of the "democratic administrations" that replaced the dictators could be called encouraging at this early point. On the other hand, China and Russia, which were expected to become more respectful of liberal values and international norms if not fully democratic immediately after the Cold War, remain authoritarian and are becoming more assertive in pursuit of their narrow national interests rather than working together with democratic countries to manage global problems such as global warming and the humanitarian disaster in Syria.

We first should recognize that democracy and good government are not one and the same thing. Politics is a difficult business, even under democracy. We must acknowledge that the civil values of the rule of law and respect for human rights are not achievable straight away through a structure of strident expressions of opinion and elections. Furthermore, it is even questionable whether a democratic state is more rational and efficient than an authoritarian state.

Nevertheless, for the people of Japan and other countries with established democracies, there is no conceivable alternative to democracy. Given that, it would be preferable that we reaffirm democratic values, faulty though they may be, and intensify our solidarity on safeguarding those values. The Japanese do not vociferously lecture other countries on norms, but they are predisposed to frequently ignoring the fact that Japan's relations with countries that are democratic and with those that are not are qualitatively different. To give just one example, relations between Japan and South Korea can in no way be called smooth, but these relations differ completely from those between Japan and China as the territorial issues between the two countries have not led to a change in the status quo through force or to state-sanctioned riots over the territorial issues. Democracy remains "the worst form of government, except for all those other forms that have been tried from time to time."

Dr. Masayuki Tadokoro is a professor at Keio University. 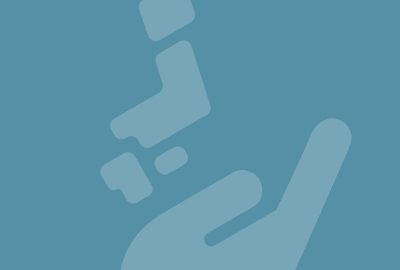 No. 166: Masayuki Tadokoro, "No Conceivable Alternative to Democracy"

No. 103: Masaru Kohno, "Don't Think Twice about Japanese Politics. It's All Right."